The CCIE v5 launched a few days ago, yet the CCIE v5 official certification guide has been delayed again. 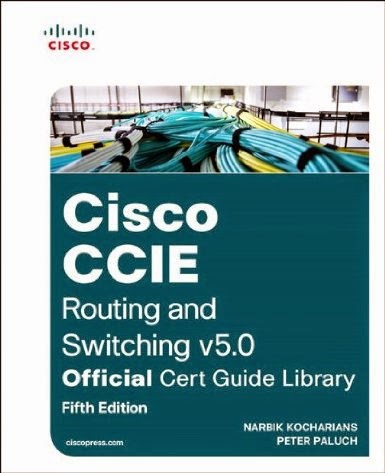 Originally scoped for release last month (May) the release date has now been pushed back again. It is a bit short-sighted to release an exam for which the official certification material has not been released yet, though technically all the CCIE written and lab answers are available on Cisco’s website – you just need to know where to find them. It is frustrating as I already sent my v4 guide back to Amazon, which was pretty good as I paid £27 for it and got about £15 back through Amazon trade-in.

Currently the release date is October 2nd in the US and September 22nd in the UK.

It’s available for pre-order, and I have ordered mine. Hopefully I’ll get it before my CCIE course starts at the end of September, mainly because I want Narbik to sign mine!

You can pre-order the certification guide now from Amazon: