As part of the Narbik course, I sat last year, I got access to Cisco 360, and because of that, I got a nice set of config labs to play with.

I hadn’t done one in a while, so thought would give it a go on Saturday. I have to list a few errata first, and this was that during the lab I had to go and pick my boys up and put them to bed, which took a large chunk away from the allotted time, not saying that this is the only reason for my shocking performance, but it certainly did not help with my level of concentration, and I know that I rushed it, and did not treat it as an actual lab.

Hopefully, during the actual exam, I won’t have two toddlers asking for different TV programs to be put on, cats wanting to be fed, or having to drive around to pick up said toddlers, and put them to bed. I am sure the actual lab exam will be a little easier, in that respect.

Anyway, let’s start by listing the problems that were my fault.

1. I didn’t look at all of the topology diagrams

There are a number of topology diagrams, and I concentrated on the main one (the clickable map on the main screen). I didn’t look at the MPLS diagram for a start.

Stupid, stupid me, and because of this, I failed on two major tasks.

Because of this one question regarding VTP didn’t make any sense. We have a switch that is not allowed to have any VLANs created on it. Not being able to see any way for that switch to get the VLANs, I went ahead and created them on there.

If I had looked at all the diagrams, then I would have seen that there was a backbone switch, that would have supplied all of the VLANs required.

Similarly, we have a couple of routers that are VRF enabled. Now, I did this part, created the VRFs, but in doing so, fucked up all of the IGP stuff I had done previously – so again, failed massively, which brings me on to point 2.

2. I didn’t read through the whole list of tasks. 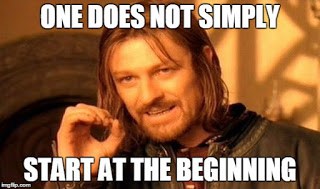 Because I didn’t read all of the requirements at the beginning I screwed myself up badly. I did not treat it as an actual exam. I rushed in head-first, without thinking about consequences and how a network is built.

The example here is that we have a couple of VRFs, SITE1 and SITE2. When we are dealing with VRFs we need to specify the VRF in the IGP process. I didn’t and so when the lab was graded, what had originally worked, was broken when I implemented the VRFs.

3. I didn’t treat if as an actual lab

I rushed this. I wanted to practice something different, so tried to push a lab in between normal weekend activity. Clearly, this didn’t work. I should have found proper time, a closed environment uninterrupted by external influences, and treated it in the same way that I intend to take the lab.

Lab day is getting close, its only 17 days now, and I still have three or four 360 labs that I can do. But these need to be treated properly and respected, as it were, for the lab that they are. Although I am pissed at myself, I still think that this was a good failure, and I’ll explain why this is, and why Cisc 360 is a good investment.

Why is Cisco 360 a worthwhile investment?

So why would I recommend Cisco 360?

Because it is written in the manner that the exam is. This is key. Understanding how Cisco terms things, how they write their questions, and how they lay things out, will greatly benefit you when it comes to the actual lab. You also get access to the answer key, which explains what they expected and why. You can also see what commands they run as part of the automated checking, which is very worthwhile reading, as you might pick up a command or two to add to your arsenal.

Although I fucked up royally, due to the points above, fucking up can be a good thing (sometimes). I keep espousing how I am trying to hone my process, for troubleshooting and configuration, well this is (now) a highlighted part of that process.

Because it is close to lab time, this will be fresh in my mind, and I am less likely to make these mistakes again.

Granted there are a number of vendors that offer “labs”, but 360 is worthwhile due to being able to see how Cisco actually write these labs. It offers you a chance to try and get inside their heads and see what they are expecting.

What would be nice would be if the Cisco 360 labs could offer these at a lower cost. You can get a four-pack of either configuration, or troubleshooting labs for $499 each, which isn’t cheap in the slightest, and buying both is nearly the same price as the actual lab exam. If they offered them at say $50 each, I think they would have a lot more custom. But then the CCIE is never a cheap thing to do.

If you do want to invest in the Cisco 360 courses, then you can do so from the learningnetworkstore site.

Hopefully, I can find time to sit another one of these, learn from my mistakes on Saturday and do better!