Home
CCDE
OK, let’s do this

About three months ago I received the dreaded email from Cisco: “CCIE: You need to recertify in six months”. This set a few alarm bells off, but as I was studying for my AWS exam, I figured I’d concentrate on that. After all, six months is a long time, right?

Yesterday, I received another email: “CCIE: You need to recertify in three months”. Those three months flew by. I don’t remember time going past so quickly when I was a kid. I think the speed at which time passes is somehow linked to my height, as I get taller, time goes quicker. Instead of a few alarm bells going off, it was like a massive gong being struck next to my ear. Alarms bells mixed with a small degree of uncertainty and panic.

The thing is, I don’t do much with Cisco equipment nowadays. Whilst I still maintain the core infrastructure of ASAs, Catalysts, Nexus and UCS, I spend more time with Palo Alto firewalls and cloud services, AWS and NetApp. Much more architecting than anything else. So, for a while, I considered letting my Cisco certifications slide past. Things are good in my job. I like it. I hope it continues. I do get lots of calls from recruiters, with some very tempting roles, but the calls usually go like this:

Recruiter: Are you looking for work at the moment? We have a great Network Manager/Architect role you would be well suited for.
Me: No
Recruiter: Don’t you want to know how much it’s paying?
Me: Nah, thanks.
Recruiter: Can we call you in six months?
Me: Sure.

So, really, I don’t need to keep up with the certs to stay “marketable”, however, complacency is a bad thing. So it’s best to at least avoid panicking over qualifications in the event that Godzilla, Cthulhu, and the Incredible Hulk simultaneously wipe out all of our offices, thus rendering me jobless. It would actually take a lot more than that, but I am sure you get the general idea I am trying to convey.

There is more to life than certifications though. I feel like I missed a large part of my kids’ early childhood because I was studying. They are seven now, and a lot of fun to be with. They are also very frustrating from time to time, but generally, I am very proud of them. It would be a shame to miss more of them because of studying too much. But, as I try to instil in them the idea that hard work is its own reward, surely not keeping up with my certifications (which I worked hard for) would be contrary to this idea.

There is also the fact that I work to provide for them. If things did go pear-shaped with my current employer, it would not be very good if I ended up in a much lower -paid job solely because I did not keep up my certifications current.

So while I like the idea of having fun, rather than studying, I have come round to the fact that it would be silly not to pull my finger out and knuckle down. I am sure I could find a better use of the several hundred pounds the exams cost though, like guitars and whiskey and Lego.

With my mind made (in terms of spending the next three months studying my arse off), I then had to decide what to study.

I passed my CCIE Routing and Switching in July 2015, passed the Security written, which validated it for another two years, taking us up to July 2019. I failed the CCIE Security lab. So which written test to take? The Security track does not make much sense (even though I purchased the Micronics Security Zero to Hero course), and I probably remember more about the Routing and Switching than I do the Security (writing three books on it helped a bit as well), but my current role does not fit well with the R&S, but it does with the CCDE.

Which is why I firmly pulled my finger out today and dusted off the Official CCDE Study guide by Marwan Al-shawi, and dragged out my copy of Optimal Routing Design by Russ White. Now I have two things to read (one at work, one at home), and plan to follow this up with Definitive MPLS Network Designs.

I have three months (give or take), so should be able to go through these books and sit the exam, with room to spare for a resit if needed.

It is amazing how the pressure of time can be a motivating factor!

Let’s do this thing. 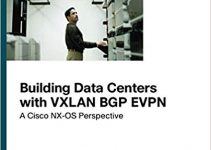 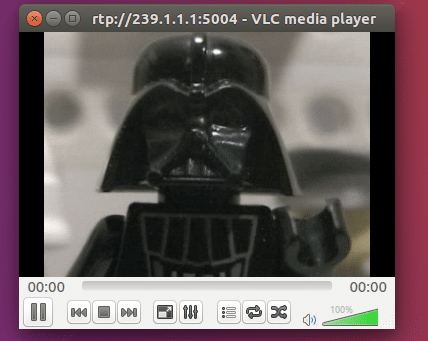