Following on from the Cisco ViRL – a first taste! post where I said that I was going to try and get the IOSv image working in GNS3 I have done a bit of playing around. After a few misses I finally got it working. So here is my walk through.

I first tried setting the IOSv image up as a VirtualBox guest and adding it to GNS3 that way. No go, and it bluescreened my laptop. DONT TRY THIS AT HOME KIDS!

Secondly I tried to create a Qemu guest by extracting the files from the ova and running a bunch of qemu commands to create an img file. I didn’t get a bluescreen, and the image loaded, but nothing much happened after that, and I couldn’t console onto it. So it was pretty useless.

The second attempt, and the one that works it to first extract the contents of the ova file. make sure that the Qemu settings in GNS3 work, so the All-in-One version of the GNS3 software is best, so that you get all the Qemu goodness. 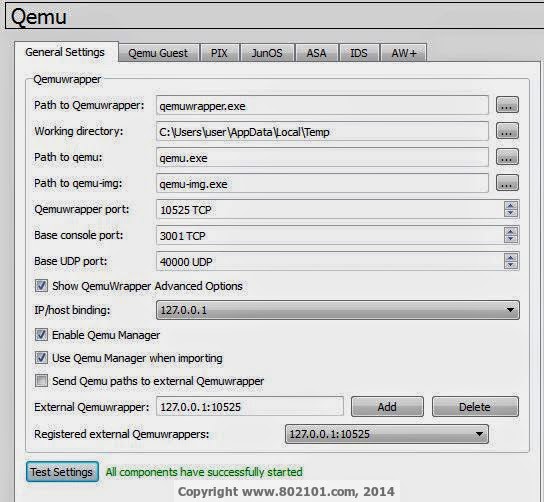 The resulting vmdk can be run directly as a qemu guest. So with the following settings: 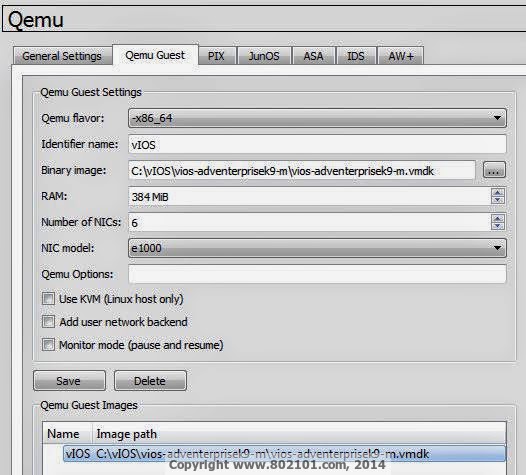 You can then drag a Qemu guest onto GNS3. If you want one, drag on two and delete the first one, for some reason it didnt seem to like the first one, probably due to a numbering thing with the telnet ports. 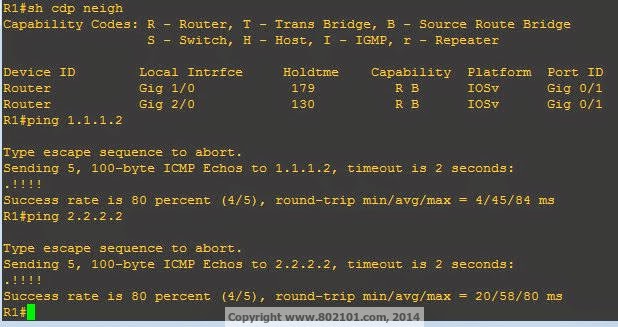 I have uploaded a video showing all of the steps.