I have been playing with the first Alpha release of GNS3 for a couple of weeks now, and barring a few issues, it’s shaping up to be a superb bit of kit.

So what issues did I face in the Alpha 1? Well, there were a couple of weird things – I couldn’t add text to a topology, saving topologies seemed a bit hit and miss, and I had to save an IOU based topology before I could add any devices.

Some things I could work around, such as the image upload feature on the IOU VM timing out when uploading an image over 100Mb, but some things that would have made me drool from the mouth like Homer with a pork chop were missing, such as the ability to connect a native GNS3 router with an IOU router.

But every great product starts somewhere, and I have never alpha-tested before so patience is the key here, after-all I am probably seeing the product a year before its official release.

So it looks like early access members have got a nice Easter present. Alpha 2 of GNS is out now, and with it the following changes (there are more than this, this is a simplified list):

I rushed off to download, naturally. I havn’t changed the VirtualBox IOU VM, mainly because I am VPN’d to my laptop at work (it’s a Windows machine and I only have my Mac laptop with me at the moment), but this is not an issue, and the upgrade was smooth.
Here is the proof:

The interface looks the same, and my IOU settings have remained in place, so lets start from the top and add a native GNS3 router and an IOU router, can the two talk?

The key here was to start with a blank topology and change the server address in the settings, from the default of 127.0.0.1 to the VM network.

I could add both routers to the topology without having to save it first, and saving the topology was nice and fast without any hanging.

So let’s just prove that the two can talk to each other: 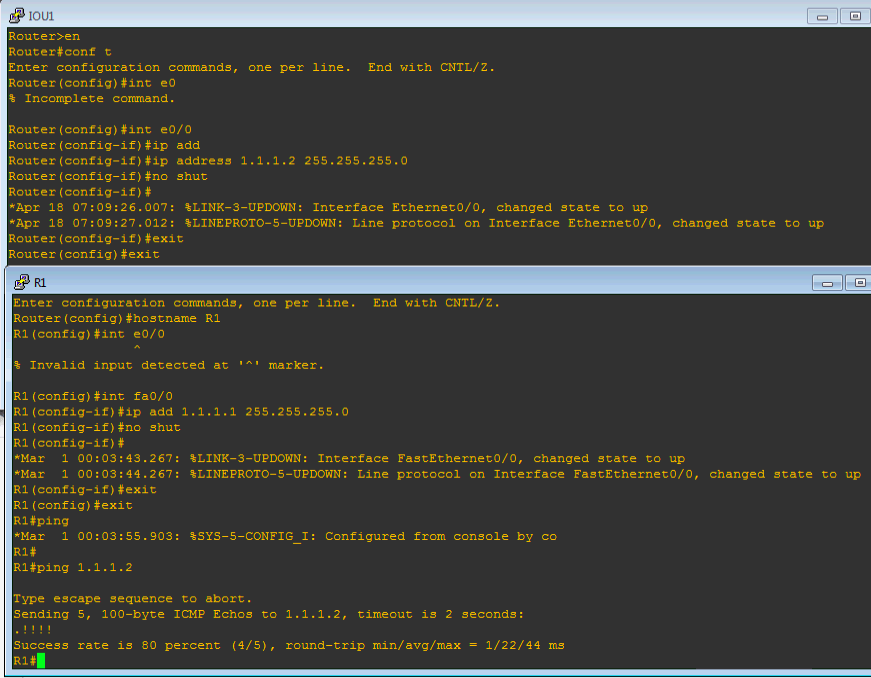 So that’s the biggest thing out of GNS3 that I wanted to see in place, I still can’t seem to add a label to my topology, but that’s an incidental thing compared to the main functionality.