Home
GNS3
GNS3 1.0 Alpha 7 is out – labels are back!
It feels like ages since the last alpha release of GNS3 1.0. But its certainly been worth the wait.

Everyone loves a good packet capture. Being able to do packet captures is an integral part of every engineers toolkit – as for that matter is GNS3! 🙂

Right-click a link, select “Start capture”, and Wireshark fires up. This does seem much quicker than on the 0.8.6 release. 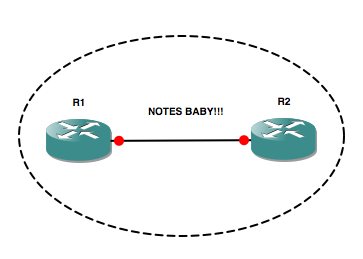 It’s a small thing really, but I have missed the ability to add notes, it does make things much easer to understand when you have labels!

Same as above really, it does make life much easier to be able to turn this on and off at will! 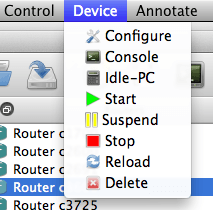 You can get the same menu by right clicking, but it is useful to have it in more than one place.

This is the new version: 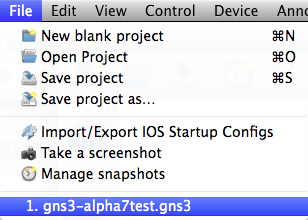 Not sure which version I prefer really.

Lab instructions support (automatically open any file named instructions.* in the project directory or from the Help menu)

Just add any file called instructions to the project folder and open the project, it’ll open up in the appropriate program:

Load a project by dropping the project file on the view.

Pretty cool, means it is quick to jump from topology to topology. It is fast and responsive.