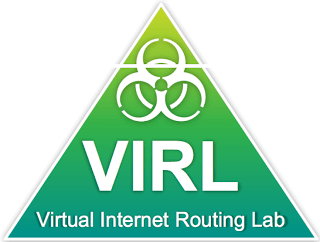 There is much chatter about Cisco’s new VIRL, so here is what I have collated.

The Virtual Internet Routing Lab. It is a network virtualization platform that can run IOS-XE, IOS-XR, IOS and NXOS (as well as 3rd party appliances).

So you can run all your existing IOS based images along with Nexus switches, and high-end carrier-grade equipment.

Rumors are that this will completely replace the physical hardware used in the R+S exam when V5 comes out next year.

It looks like VIRL will be supplied as an OVA format within an Ubuntu OS, therefore will be usable on any desktop virtualization product. A bare-metal version will also be available to allow for larger topologies.

A game of two halves

VIRL will allow for the topology to be designed on a laptop and executed on a separate server (or all on the same machine if you wish) as the UI designer (called Maestro) and engine (Auto net-kit) will be separate components. Once you are happy with the design and layout you can then deploy the topology as a bunch of virtual machines that you can log into. XML will be used as the common back-end format.

VIRL will be less CPU intensive than GNS3/Dynamips, more like IOU/IOL in that respect – which makes sense from an evolutionary standpoint.

Connecting to actual hardware will be easy through the “Actual Hardware Asset” toolbox because VIRL will lack the ASICs used by real switches this will be very useful.

Easy configuration for routing and IP addressing will borrow from PacketTracer, allowing for configuration through a GUI, making it easier for those less knowledgeable about Cisco configurations to set up training labs.

These screenshots are taken from the video presentation from Cisco – the link is at then end of this post.

The main screen allows us to formulate our network (similar to GNS3, PacketTracer, or IOU).

More complex environments can be set up, such as MPLS networks (as shown below) where we just need to enter our MPLS VPN tags, and the configuration engine will create the IOS configs for us. 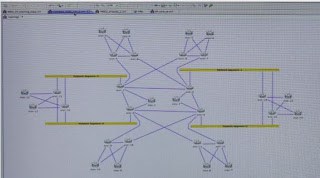 The next screen shows us the map view

And from here we can select component layers from the drop down menu on the left-hand side: 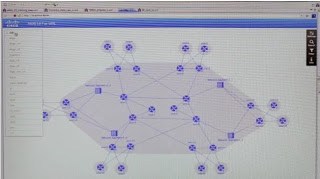 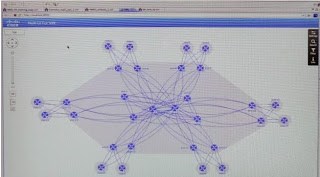 The topology can be overlayed on top of a map 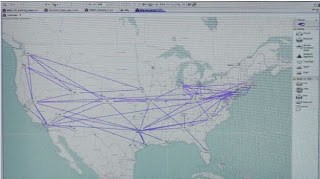 Here is a video taster to whet your appetite!