This time next week I should be firmly ensconced in my hotel room, or hopefully, the bar at the hotel, ready for my exam in the morning.

So, how best to spend the remaining few days?

Well, it’s kind of a matter of what I can fit in, really.

I am working tomorrow, from home, so might be able to do a little bit of study then. Let’s say 2 hours.

I promised to take the twins to see the Minions movie (which I am also pretty excited about seeing), and we have a BBQ to go to.  I should be able to get about three hours a day. So far we are at 8 hours.

The twins go to nursery on Monday and Tuesday, so if I take them and not my wife (she might be working), then I can start at about 9:30. If I have to pick them up again then that gives me 6 hours a day. 20 hours.

Thursday I will drop the boys of at my mums, back by 10:30, say I leave for the hotel at 6pm, then that’s 7 1/2 hours. A drink and a bit of light reading of notes at the hotel, add on another hour, two maximum. Let’s call it an hour and a half for the sake of maths, that gives me a further 9 hours.

Realistically I have 37 hours. I might be able to squeeze a few more here and there.

So what can I do in less than 40 hours to try and ensure I get the result I want?

All play and no work makes Stuart a non-CCIE

Well the good news is that my initial addiction to Fallout Shelter has reduced to a couple of hours, spread out over the course of the day, meaning I am less likely to waste this time. I can reserve this for before 9:30, lunch and after I finish.

INE out, INE out, CCIE all about

Thanks to all you lovely people who have bought my books, I purchased an INE All Access pass. So far (and I only got it today) I am really impressed. Well worth the $599 for a year, and it’ll be great for the Service Provider track that I plan to do next, and the CCDE after that (though doing both in a year might be pushing it a bit, given how long its taken me to get this far). Anyway, INE have recently done an Exam Cram series, a bit of last minute revision, which is 35 1/2 hours worth of videos.

But to do this course and both the 360 labs probably won’t work. I can’t do both at the same time, as either I won’t pay attention to the course, or to the mock-lab. So both (and I) will suffer.

Assume, for a moment, that I can squeeze in a couple more hours here and there, which, in order to do both needs to be just shy of 10 hours, then I could, feasibly do the following:

Total: 43 hours. Somewhere I have to find an extra six hours, which could be pushing it. I am trying to be realistic about the amount of time I have. If I can get more, then it’s a bonus. But still, counting down the hours is a bit scary. 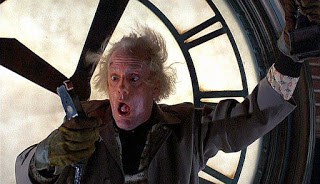 Should be an interesting seven days!